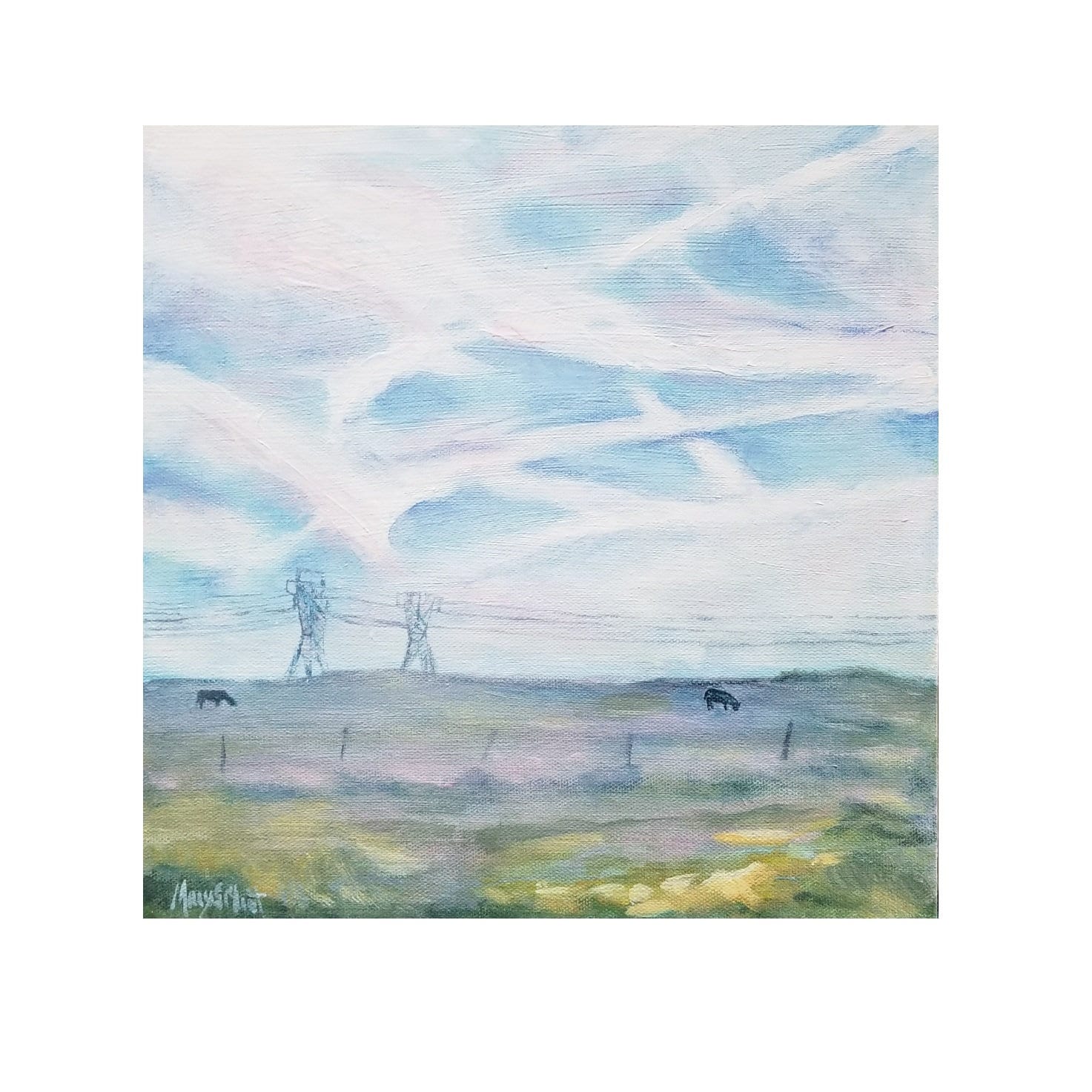 Impressionist painting of cows in a Southern Oregon field under contrails.

A contrail: "Those white streaks planes leave behind are actually artificial clouds. They're called contrails, which is a shortened version of the phrase “condensation trail." Airplane engines produce exhaust, just like car engines do. As hot exhaust gases escape from a plane, the water vapor in the fumes hits the air."

The contrails made for a pretty dramatic sky.

I'll do my best to meet these shipping estimates, but can't guarantee them. Actual delivery time will depend on the shipping method you choose.

Ship items back to me within: 14 days of delivery

I don't accept exchanges or cancellations

But please contact me if you have any problems with your order.

The following items can't be returned or exchanged

Because of the nature of these items, unless they arrive damaged or defective, I can't accept returns for:

Your painting will arrive wrapped. I am also glad to include a signed card with birthday, anniversary, etc. wishes for gift purchases.

0 items in your cart